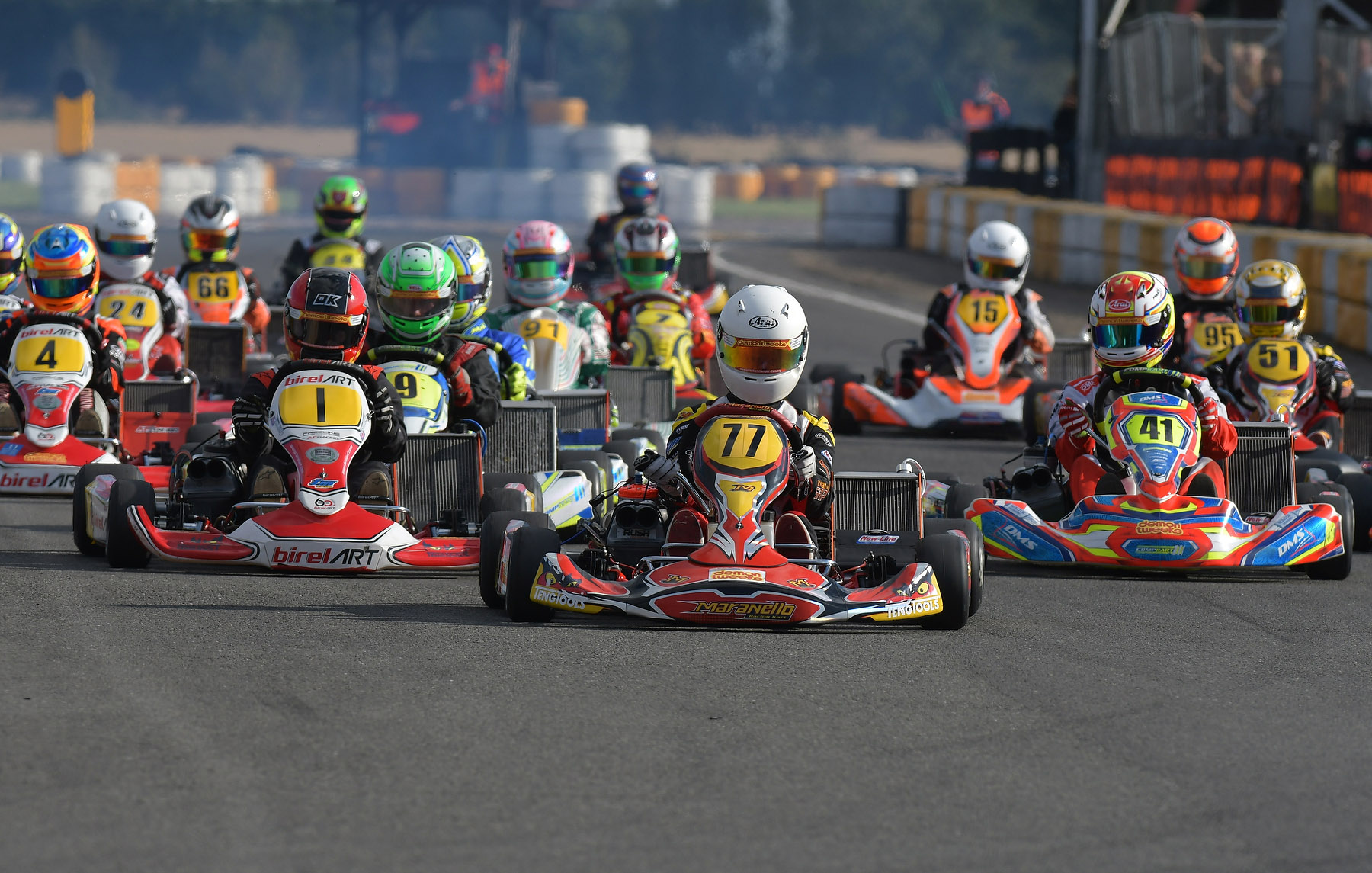 A challenging weekend with mixed weather conditions, the final round of the championship kicked off with practice on Friday before moving onto the first heats on Saturday, with the grand final on Sunday.

Going into the final round of the year, Zac Drummond led the Honda Cadet class ahead of Ewan Charman and Connor Duncan and less than 20 points separated the three drivers.

Drummond’s impressive performance in Saturday’s timed qualifying saw him start from pole position for the first heat of the weekend ahead of Duncan. However, it was Duncan that was in front after the first race, second race, and pre-final, putting him in a prime position to win the championship title during the final.

A dramatic final race saw Duncan slip down the grid to finish in eighth place. Despite finishing in 14th place after spinning during the last lap, Drummond earned himself enough points to claim the title of 2020 Honda Cadet British Kart Champion, just eight points ahead of Duncan.

It was ultimately Ewan Charman who earned himself a place on the top step of the podium, with Joshua Graham and Lewis Islin making up the podium.

After winning every final this year so far, Harry Linden headed into the final race this weekend with a 38-point lead ahead of his closest rival Steven Duncan in the Mini Max class. Linden qualified second during the timed qualifying session on Saturday behind Harrison Crowther. Crowther also won the two heats on Saturday and Linden secured second place in both races.

However, Linden’s impressive performance during the 2020 season saw him claim enough points to become unbeatable in the championship standings during Saturday’s proceedings. Linden’s wise decision not to take to the track during Sunday saw him crowned this year’s Mini Max British Kart Champion.

Crowther went on to dominate the rest of the weekend, earning himself a win during the pre-final and lifting the first-place trophy after the final race. Joining Crowther on the podium at Whilton Mill were Pierson Bullock-Carter and Steven Duncan.

The close battle in the Junior Rotax British Kart Championship title fight is one that will be remembered in years to come. Callum Voision headed into the final event of the year just two points ahead of Mattie Hingley and nine points ahead of Matthew Higgins.

A poor qualifying session saw Voisin qualify in 13th place. His Championship rivals, Hingley and Higgins qualified second and third respectively, but it was Argenti Motorsport’s Daniel Guinchard that qualified on pole position for the first heat.

However, not giving up without a fight, Higgins gave an unrivalled performance to win both heats but lost out to Guinchard in the pre-final once more. Starting from second place in the final, welsh driver Higgins claimed the victory and won the coveted 2020 Junior Rotax British Kart Championship title. Joining Higgins on the podium at Whilton Mill were Mattie Hingley and Archie Walker.

Morgan Porter was the next 2020 British Kart Champion to be crowned at Whilton Mill after a consistent performance throughout the weekend. However, the formidable Hunter brothers challenged Porter to the championship spoils, with Kai Hunter winning the first heat and Rhys claiming the win during the second heat. Rhys was victorious once more during the third heat, putting him in a prime position to take the win during the pre-final.

Rhys’s pre-final win was ultimately denied to him by Nelson King and in a turn of events, the star of the Senior Rotax final was rookie Katherine White.

Taking a risk and being the only driver on the grid to opt for wet tyres, Katherine started from the back of the grid in 25th place. In a stroke of luck, the heavens opened, and Katherine dominated the field to climb through the 28-grid line up to claim her first win in the British Kart Championships. Joining Katherine on the podium were Caden McQueen and Matt Armstrong.

Heading into the grand finale at Whilton Mill, only 10 points separated Oliver Appleby, Matthew Easton, and Henry Ayres in the championship standings of the Rotax 177 class. The small but ultra-competitive class still gave the thousands of live stream viewers at home a fantastic spectacle of the premier racing series.

Cole Edwards was the fastest during timed qualifying and was victorious during the first heat. Ben Cowley claimed victory during the second heat. However, it was Ayres that out-performed his closest championship rivals during the pre-final, climbing five places to secure himself pole position for the final.

As the chequered flag waved for the final time in 2020, Ayres had led the pack to victory and earned himself enough points to steal the championship title and become 2020’s Rotax 177 British Kart Champion.