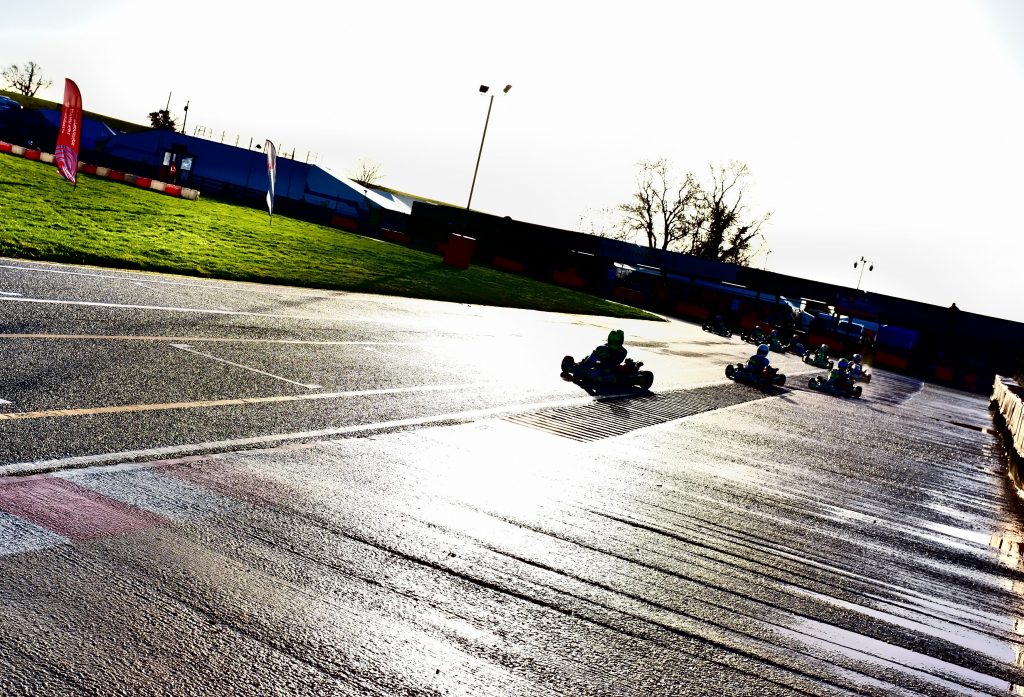 The finale of the 2020 Motorsport UK British Kart Championships for Rotax headed to the Northamptonshire countryside after a testing season for all the drivers, teams and workers behind the scenes to finish off the season at Whilton Mill, the weekend before Christmas.

81 drivers in four different classes would compete for the final time at the 1,200-metre circuit, based just 30 minutes from the “Home of British Motor Racing,” Silverstone, with a myriad of changeable conditions over the course of the two days of racing.

Along with this, tickets for the prestigious Rotax MAX Challenge Grand Finals for drivers to represent Team UK at the Kartodromo Internacional do Algarve in late January 2021 were also up for grabs.

In Mini Max, Wales’ Harry Linden (GP – Dan Holland Racing) did enough to secure the Mini Max title on the Saturday, and opted instead to run in Junior Rotax during the final day of racing. However, the Barry-based driver would end up clinching the 2020 title by 29 points ahead of Scotland’s Steven Duncan (#16 – Vision Motorsport).

Duncan took third place in the Final on Sunday, behind the Coles Racing pairing of Harrison Crowther (#77 – ENG) and Pierson Bullock-Carter (#15 – GBR), with the latter picking up third in the overall standings.

Junior Max saw a fight back from Trefelgwys’ Matthew Higgins (O- Plate – Dan Holland Racing) turned on the pressure to make it two titles for the DHR squad that same weekend, capping off what was a brilliant display of driving from the Welsh driver in the last race of the season, which he won by 8.93 seconds.

He now follows in the footsteps of father David, a multi-time British karting champion and ten-time Rally America champion on the illustrious honour roll. Argenti Motorsport’s Mattie Hingeley (#13) was able to make it a Welsh 1-2 in the overall standings, which had seen Coles Racing’s Callum Voisin lead for the majority of the year

However, the #35 would end up struggling in the changeable conditions and finish third overall in the standings, having taken seventh in the final race of the season, with team mate Sam Gornall (#96) ending up in fourth overall, despite being hit with a five-second drop-down penalty in the last race of the year.

In their first season in Senior Rotax, it was joy and British championship glory for Argenti Motorsport and Morgan Porter (GP Plate), just a week after the Briton secured his place on Team UK at the Rotax MAX Challenge International Trophy at Portimao.

An exciting final race transpired at the circuit, as Vision Motorsport’s Katherine White (#33) gambled on MOJO W5 wet tyres, which saw her win by a massive 21.23 seconds from Croc Promotion’s Caden McQueen (#64), whilst everyone else would have to tiptoe around the track on MOJO D5 CIK slick tyres.

Porter ended up securing the title by a mere eight points, ahead of Rhys Hunter (#5 – DHR), who would secure vice-championship status on count back, ahead of brother Kai (O Plate). Nelson King (#97) made it three DHR drivers in the top four, with KR-Sport’s Tom Edmunds (#15) missing out on a ticket to the Rotax Grand Finals by just 18 points.

Rotax 177 closed out the action at the circuit, with it coming down to count back to decide the 2020 British champion, with both Henry Ayers (#29 – KR-Sport) and Oliver Appleby (#34 – GMS Karting) in prime contention to win top honours and a ticket to compete in the DD2 class at the Grand Finals late next month. Even with privateer Cole Edwards getting ahead in the heats, it was not enough to stop Ayers, who dominated the Pre-FInal and Final.

This was despite Appleby doing his level best in the Pre-Final and Final to steal it by the narrowest of margins. Ayers would win the Final by 10.52 seconds to tie on points, but secured the title at the last gasp.

We at JAG Engineering would like to thank everyone at Motorsport UK, the circuits, the teams, drivers, the families and all the marshals for all their hard work to ensure that the season would still go ahead, despite the current situation.

We will announce all the members of Team UK for the Rotax MAX Challenge Grand Finals very soon, confirming what classes they will compete.